5 Unspoken Rules of the Dog Park

Most dog parks have posted rules to keep the park from getting out of control. Rules like, “pick up your dog’s poop,” and “don’t enter the park until the holding gate is closed.” But there are some unspoken rules you’ll learn as you become a frequent dog park visitor.

If you’re a “newbie” to Westminster dog parks, avoid making a faux-paw by following these five simple unspoken rules:

Too many dog park visitors are glued to their phones, while their pups run amok. If you’re not watching their dog, they might be pooping without you realizing it – meaning you may unknowingly leave piles behind.

Stop texting, don’t make calls, and save Pokémon Go for later – just watch and enjoy your dog. Miscommunications between doggy friends can happen in seconds. Always be ready to call your dog if they’re playing too rough, or if their new friend is not giving them enough space.

Dogs speak with their tails, ears, eyes – really, their whole body. You’ll be surprised how much you can understand the way dogs “talk” just by watching closely.

A tense dog will have a stiff, upright tail that may wag slowly. Your dog may be tense while being sniffed by another dog. If paired with a locked stare, the dog may be about to attack their target – watch out!

Dogs at play may make a lot of noise. It’s normal for dogs to bare their teeth and scissor their jaws at one another. If it gets too intense, one dog may try to get away, with ears held back and their tail tucked. Dogs can typically read one another, and will stop playing if their playmate is overwhelmed.

Some dogs do not have the best dog-dog manners, and may persist even when their playmate shows signs of being uncomfortable. This is when it’s time for a human to separate them for a break.

It’s up to you to notice when your dog is being a bully, or being bullied, and intervene. 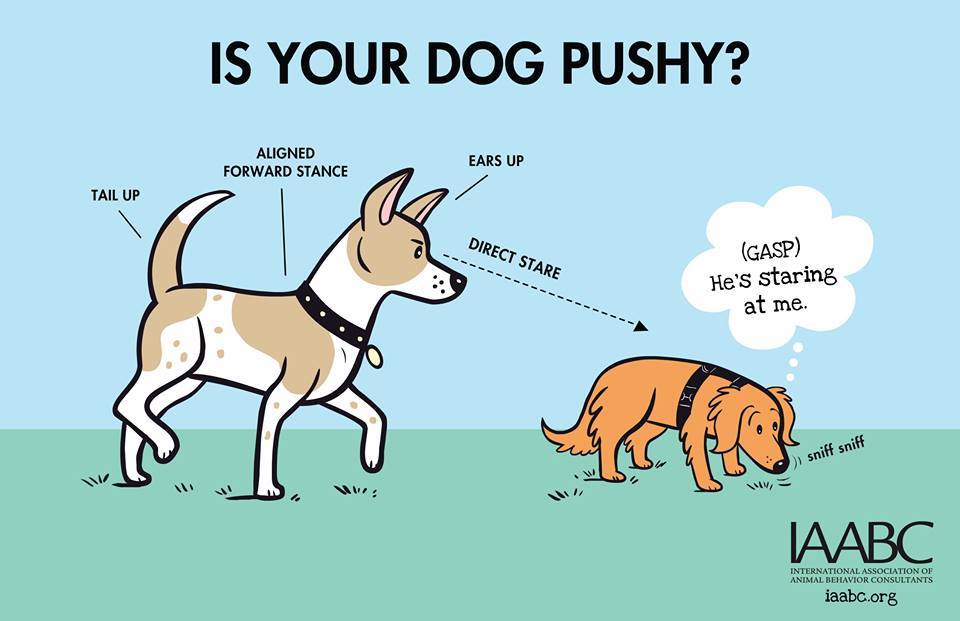 A scared dog will not benefit from being forced into situations where they must “face their fears.” Avoid bringing your dog if they’re known to be fearful. Work on this issue with a friendly dog owned by someone you know. Unpredictable encounters at the park are bound to make your dog’s fear even worse.

Be especially careful when you first enter the dog park.  Dogs who were there first tend to gang up to sniff the newcomer. Almost all dogs find it overwhelming when they’re being investigated and outnumbered.

If your dog plays well with just one or two dogs, but gets fearful in a group, avoid going to the dog park during prime hours – afternoons, when people get out of work, and midday on weekends. 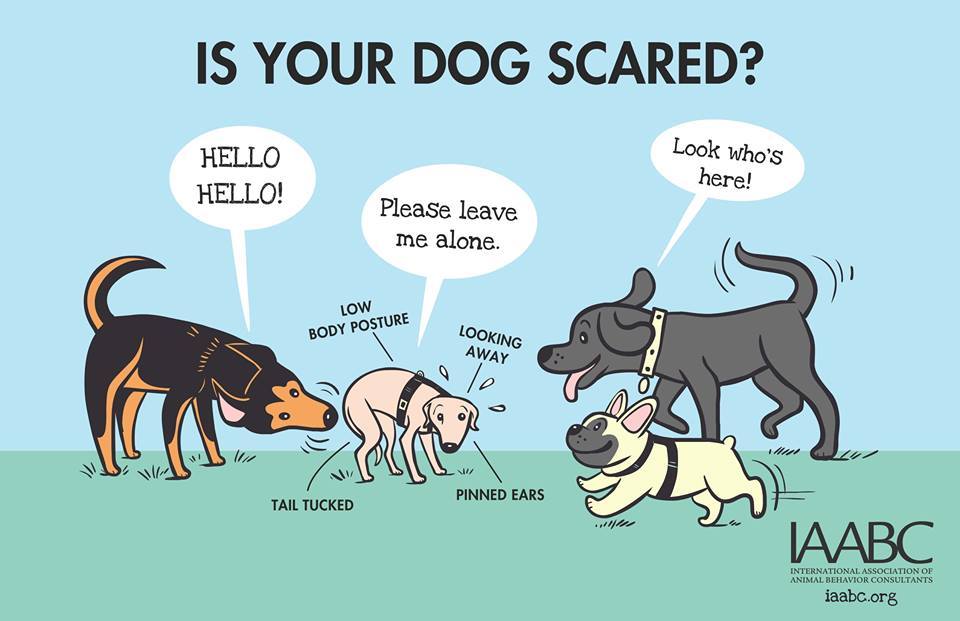 Most dog parks have a rule against bringing any kind of food into the park. This isn’t just to prevent littering. Many dogs get overexcited about food, and may act aggressively to avoid sharing. Even if your dog shares treats with their housemates, they may act up around dogs they don’t know when food is involved.

You may also want to limit the toys you bring. Don’t bring your dog’s favorite toy, as it could be difficult for your dog to share. Sometimes, dog saliva can harbor disease, so it may be best to avoid sharing toys altogether, just to be totally safe.

#5. Leave the park better than how you found it.

Besides picking up poop, repair any damage that your dog causes while you’re at the park. If they dig a hole, fill it in as best you can. If they knock over the water bowl, fill it up again.

If you’re feeling really generous, pick up any “orphaned” poop you find. Use a bag – maybe two – and wash your hands afterwards.

Get to Know Ready Pet Go!

Ready Pet Go is your local Westminster, Maryland pet sitter and dog walker. Contact us to learn more about our insured and bonded pet care services, or connect with us on Facebook to stay in touch.

Tips for Volunteering at an Animal Shelter

Household Items That Are Toxic to Cats